The bleaching of coral reefs occurs when corals are under great stress. Until now it was thought that its most important cause was high ocean temperatures due to global warming.

The hard corals that make up coral reefs (called hermatypical corals ) in tropical seas live in symbiosis with zooxanthellae. Zooxanthellae are dinoflagellates that, in addition to providing the characteristic color to corals, are capable of photosynthesis. In this way, the zooxanthellae provide energy to the coral and help them form the calcium skeleton and they use the ammonia resulting from the coral waste.

When the coral is under stress conditions, it reacts by expelling the zooxanthellae and therefore loses its typical color and the so-called coral bleaching appears. The loss of zooxanthellae implies that the coral is no longer capable of fixing as much calcium or feeding in such a proportion, tending to the death of individuals.

On a positive note, it should be noted that when the stress situation ceases, the corals are able to re-admit the zooxanthellae and recover.

We said that until now it was thought that the main cause was the increase in sea temperature. This is a very important impact since reversing this increase is very difficult in the medium term.

A new underlying cause for coral bleaching:

The nitrogen pollution comes multiple sources including untreated waste or improperly treated, fertilizers and soil loss. This being dragged to the sea by water runoff increases nitrogen levels that are causing phosphorus starvation of corals. Since they lower their threshold temperature limit for whitening, that is, it makes them less resistant to rising temperatures.

These corals were dying before the rise in water temperature . This study is the longest record of algae and nutrient concentrations in coral reefs in the world.

“Our results provide compelling evidence that human-caused nitrogen loading of the Florida Keys and Everglades ecosystem is the primary driver of coral reef degradation in the Looe Key Sanctuary Preservation Area rather than warming the waters during our long-term study, ”explains Brian Lapointe, Ph.D., lead author and research professor at FAU’s Harbor Branch.

During the study, they found a very important finding for the study’s conclusions: nutrient runoff on land has increased the nitrogen: phosphorus (N: P) ratio in reef algae. When there is a higher proportion of nitrogen, the algae have limited access to phosphorus, which is known to cause metabolic stress and therefore starvation in corals.

Reactive nitrogen concentrations are above the previously established critical ecosystem threshold for the Florida Keys, as are phytoplankton levels for reefs, as evidenced by the presence of macroalgae and other harmful algal blooms due to excessive levels of nutrients that cause eutrophication of the system.

In addition, they also monitored seawater salinity, temperature, and nutrient gradients between the Everglades and Looe Cay. They wanted to better understand how nitrogen traveled from the Everglades downstream to the coral reefs of the Florida Keys National Marine Sanctuary, which now has the least amount of coral cover of all the reefs in the Greater Florida region. Caribbean.

The data showed that live coral cover in the Looe Cay Sanctuary Preservation Area decreased from nearly 33 percent in 1984 to less than 6 percent in 2008. The annual rate of coral loss varied during the study, but it increased from 1985 to 1987 and from 1996 to 1999 after periods of heavy rainfall and increased water runoff from the Everglades.

Between 1991 and 1995, significant increases in Everglades runoff and heavy rains caused increases in phytoplankton and reactive nitrogen levels on Looe Cay above known levels of stress that cause coral reef death. Despite reduced flows from the Everglades, water quality has not yet recovered to the levels of the 1980s.

Nitrogen loading on the coast is forecast to increase by 19 percent globally simply as a result of changes in rainfall due to climate change, suggesting the need for urgent management actions to prevent further degradation.

There is scope for action

“The good news is that we can do something to fix the nitrogen problem , like improving wastewater treatment, reducing fertilizer inputs, and increasing stormwater storage and treatment on mainland Florida,” says Lapointe.

“The coral reefs of Bonaire in the Caribbean Netherlands are a great example of effective nitrogen pollution mitigation. These coral reefs are beginning to recover after the construction of a new wastewater treatment plant in 2011 , which has significantly reduced the nitrogen load of the septic tanks, “said Lapointe

Co-authors of the study are Rachel A. Brewton and Laura W. Her.

It would be very interesting to investigate whether in the rest of the world’s coral reefs, such as the Great Barrier Reef, the impact of nitrogen pollution is so fundamental. If this is the case, it is something that in the medium term could be reduced, while climate change seems not to be shortly. Parasitic cancer that spreads between dogs 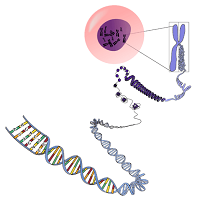 Human Genome Project: what is it and what applications does it have?